After an exciting visit to Fan Expo 2016, I’ve decided to do something a little different and review a comic book. Particularly the one that introduced the world to the infamous Harley Quinn!

Bat Girl “Day One” is issue #12 in The Batman Adventures comic book series. It is also most notably the first comic book featuring Harley Quinn. Harley is one of the most iconic DC villains and presently the most talked about female comic book character. Most recently because of Suicide Squad and Margot Robbie’s portrayal of the adorable, yet psychotic psychiatrist.

Barbara Gordon dresses up as Batgirl for a costume party which ends up being crashed by Harley Quinn, Poison Ivy, and Catwoman.

Before Barbara leaves for the party hosted by her heiress friend, her father lectures her on the dangerous life Batman leads. Despite her father’s warnings, Barbara has chosen a costume that mimics Batman’s. She calls herself “Batgirl”.

At the party, Barbara discovers, Poison Ivy and Harley Quinn trying to kidnap Sandy for ransom. She manages to save Sandy only to be cornered by the two villains. All four women are knocked unconscious by the party’s security guards who are secretly working for Catwoman.

Catwoman’s objective is to steal the priceless diamond on display one floor above Sandy’s party. While Catwoman escapes Batgirl convinces Ivy to cut her bonds, then sets off the diamond display’s alarms to attract the police.

By the time the police arrive at the party, Barbara has already hidden her Batgirl costume in the trash. She tells her father nothing happened to her.

The original publication date for “Day One” was September 1993 and though it was a good story in its own right it also marked the first comic book appearance of Harley Quinn. Harley would go on to become a fan favourite and eventually one of the core characters of the DC Universe. Her tragic origin, bubbly personality and sense of humor, ensured her iconic status and her tie to the most notorious DC villain in history, made sure she was here to stay.

Though “Day One” wasn’t earth shattering from a literary standpoint, I liked it. I can also appreciate the history in its pages. I may just venture into my husband’s collection again, starting with the Gotham City Sirens  series. I have always been a DC girl but now that my daughter is just as obsessed with Harley as her Daddy, I may have to consider all mediums in the DC Universe. 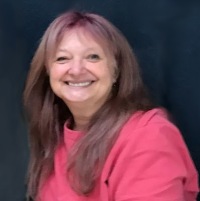