The Keep (Converters #2) is the exciting follow-up to Tenille Berezay’s novel, The Convergence!

After a pardon from the convergence, Desiree returns to the protection of home. But safety is an illusion and her family is shattered by the violent retribution of a desperate enemy. On the run again, Desiree struggles to keep those she loves from a host of gathering threats—debilitating doubts, manipulative converters, dark technology, and a murdering madman. To save them all, Desiree will need more than her ability to convert, she’ll need to redefine her strength.

I always thought I’d face death with more feeling. That maybe I’d go out in a blaze of fury. Or I would be relieved. Instead, I’m left waiting for it with an uncertainty of feeling that leaves me thinking I’ve already passed. That my soul is empty and just waiting for my body to catch up. The absence of emotion would frighten me if I could feel. Without emotion what do I have to fight with?

I sink back into the cold rock. A light, summer rain falls around me, the damp seeping into me. I drift in my considerations as the night lengthens. The darkness outside matching the blankness inside, I’m left with nothing but time. -Desiree

Wow! I am loving this series. The Convergence got me good and hooked, so naturally I was thrilled to receive an ARC copy of The Keep.

First of all, I love Desiree. I love how confident, quick-witted and feisty she is. She is a powerful and enviable protagonist, and should I develop the ability to convert my body’s energy and become Super Shanannigans–I’d like to think I would handle it with the same strength and moxie that she does. Also Blake is a dreamy book boyfriend and I like those kind of perks.

Joking aside, I was really impressed with The Keep. It is non-stop action right from the beginning. Everything from the writing, pace, and storyline grabs you and doesn’t let go until the last line. Even then, you want more. I am not looking forward to the agonizing wait for book #3.

I find the series as a whole, reminds me a little bit of The Divergent Trilogy. There is something about Blake and Desiree that makes me think of Four and Triss, though Blake and Desiree are a lot more likable. I think just the nature of the story–you know power-hungry leaders and the mind altering technology stuff, is similar but in a good way. And that’s just fine with me because I really liked that trilogy too. Can’t say the same of the movies… but I digress.

Honestly I don’t have a single complaint about The Keep or the series so far. I would highly recommend it to anyone who loves a great mix of adventure, science fiction and a dash of romance.

Reads & Reels is pleased to welcome Tenille Berezay, author of The Convergence and The Keep

I’m always asked how I came up with the idea for the Converters Series. Usually, I don’t walk around with a lot of fantastic ideas in my head (though there are plenty of mediocre ones), but the idea of converting started with a sudden burst of brilliant inspiration, followed by lots of tiny inspirational bits.

The initial burst hit me one day as I was driving home from a day spent working on the ranch. Some near-death experience must have happened, but for the life of me (no pun intended) I can’t remember what it was…those near-death things are pretty frequent occurrences in ranching. So, safe in my car, I start thinking about adrenaline and how cool it would be if you could get that kind of burst of energy anytime you wanted. How it would be if you could control that energy.

Next, I started studying real-life ‘superhumans’ and the science behind our untapped mental potential. As I did, the process of converting developed in my mind. If a person could convert their emotions into energy and direct that energy into a physical or mental boost, it would create a world of realistic, believable superheroes.

Desiree came next—a kick-butt girl who has an ability she can’t begin to understand. Then I needed a guy who knew what she was and trains her. Originally, I wanted this to be an older-grandfather type because the new-guy with secrets and girl hiding powers is so very, very cliché. In the end, I caved into the cliché because I think the insta-love cliché is the devil and if my hero wasn’t the one with Desiree from the beginning their relationship would lack depth. It seemed a choice between an overdone cliché and an evil cliché. I chose overdone. I guess this probably qualifies as more desperation and less inspiration.

Once I started the story, inspiration came from conversations, personal relationships, and other great reads. The characters started taking on a life of their own and the story started flowing, driven by their reactions and motivations. The biggest surprise to me was the ending of The Convergence. I had something very cheesy and corny planned, but once I got there it all seemed wrong and not true to the characters. Once again, I caved in order to keep the character’s more realistic and true to themselves.

Inspiration for The Keep came mostly from the characters themselves and my beta readers. I asked them what they wanted to see from Desiree and Blake and shaped all of those answers into a book.  I also took my reviews into consideration, increasing the pacing and intensity. So, in a nutshell, The Keep was inspired by my readers and their love of the original characters.

Overall, I feel like inspiration is the easy part. Time is the challenge. I have lots of inspired books ideas bouncing around in my head, just waiting for all of other tiny bits of brilliance to shape them into a book worth reading. But first, I’m focusing on the third and final book in the Converters Series. Hopefully, there’s enough inspiration left to give Desiree and Blake the ending they deserve. And I hope you’ll enjoy the first two books in their story! 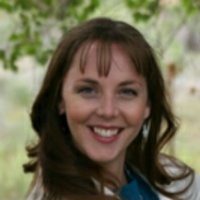