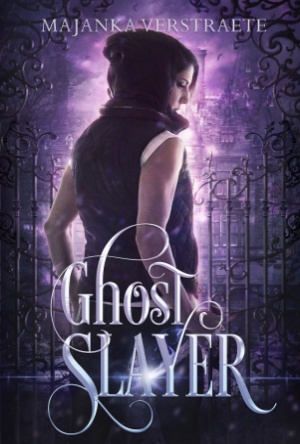 And I’m thrilled to share this gorgeous cover with you!

Twenty-one-year-old Kaelyn has spent half her life hunting ghosts and killing them. But she’s not like the other ghost hunters who have to rely on spells and curses to banish ghosts back to where they came from, hoping that they don’t come back. When Kaelyn kills a ghost, they stay dead.

But in Mortimer Hall, a behemoth of a house, Kaelyn is about to face the most powerful and life-threatening ghost she ever met, and what she doesn’t know is that the ghost has been waiting just for her…

Giveaway: To celebrate her new cover, Majanka is giving away a $10 Amazon gift card! Click HERE  to enter! 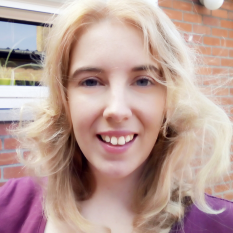 Majanka Verstraete studies law and criminology by day and writes speculative fiction by night. All her books include monsters of some kind: the good, the bad, and just about every species in between. Her first books were the Valentina’s Spooky Adventures series, a children’s picture book series featuring a little vampire girl. She also worked on the Weirdville series, a series of scary lower grade chapter books ideal for fans of R.L. Stine. She has written a few young adult books, most notably the Mirrorland series (YA Dark Fantasy) and the Angel of Death Series (YA Paranormal). She loves writing short horror stories and novellas, and hopes to finish a horror novel one day. When she’s not writing, she’s probably playing World of Warcraft or catching up with the dozens of TV series she’s addicted to.