Who here has read YOU?! Well if you enjoyed it you will really like this one!

Providence is a brand new story, written in the same original style I have come to associate only with Kepnes. I can’t help it guys, I’m a huge fan now and she’s made my personal list of authors who can just take my money every time they release a new book. Hmm, I wonder If authors have direct payment options?

A propulsive new thriller about the obsessive nature of love when an intensifying relationship between best friends is disrupted by a kidnapping.

Growing up as best friends in small-town New Hampshire, Jon and Chloe are the only ones who truly understand each other, though they can never find the words to tell one another the depth of their feelings. When Jon is finally ready to confess his feelings, he’s suddenly kidnapped by his substitute teacher who is obsessed with H.P. Lovecraft and has a plot to save humanity.

Mourning the disappearance of Jon and facing the reality he may never return, Chloe tries to navigate the rites of entering young adulthood and “fit in” with the popular crowd, but thoughts of Jon are never far away.

When Jon finally escapes, he discovers he now has an uncontrollable power that endangers anyone he has intense feelings for. He runs away to protect Chloe and find the answers to his new identity–but he’s soon being tracked by a detective who is fascinated by a series of vigilante killings that appear connected.

Whisking us on a journey through New England and crashing these characters’ lives together in the most unexpected ways, Kepnes explores the complex relationship between love and identity, unrequited passion and obsession, self-preservation and self-destruction, and how the lines are often blurred between the two.

I want to clarify something before I get into it. When I say ‘If you liked YOU…” I’m referring to the author’s style of writing. Providence is very much its own story and if you appreciated the unique nature of her other books, then you will really like this one.

In this genre blurring story, we meet two best friends who have a very special relationship that intensifies throughout the book.

Jon is a bit of an outcast who is the target of daily bullying and Chloe is an artistic girl who is friends with everyone, even Jon’s bully. Despite all this, the two kids are extremely close. That is until Jon is kidnapped.

It’s hard to share more because I don’t want to reveal too much, but it’s after Jon’s abduction and subsequent release, that the story takes on a paranormal twist. Things get very interesting pretty quickly after that, and the reader is taken on a strange and thrilling journey. One with a strong Lovecraftian theme.

As with Kepnes’ other books, Providence is superbly written, dark and entirely authentic. It falls under a myriad of genres and will appeal to all sorts of readers. I didn’t love it as much as YOU or Hidden Bodies but I enjoyed it immensely. I would definitely recommend you add it to your TBR and maybe bump it up to the top.

They can’t find Jon. When he wasn’t here, they called his mom and she said he wasn’t home sick. She came to school, his dad too and the whole school started to buzz. In that sick way, like when Kitty Miller got Leukemia. People get excited about horrible things happening when they’re not happening to them. I’m no better, I remember staring at Kitty, wondering what it was like to be her, as if she was a painting and you were allowed to gawk at it.

Kitty was loved, people made cards for her. With this situation, people are acting like it’s news, like it’s exciting, that Jon kid might be missing. The day is halfway over and he’s not at school. He’s not at home. He’s not at the movies and he’s not at the mall but did they look in all the right places? Most kids who run away would go to a packie and rip off beers, get messed up and then go to Rolling Jack’s and try out new hockey sticks. But Jon would never do that.

I told them to start in the woods, I told them how he takes a weird way to school. I didn’t mention why. It’s a hard thing, wanting to find him but also not wanting to look at a cop and be like, Jon had to take the long way through the woods because he was getting picked on at the bus stop. I think the cops get it anyway though. They’re searching, but they still haven’t found him. I wish the school day would end because when it does, I’m going to the shed.

I don’t like the way everyone assumes the news is gonna be bad, they act like he’s already dead. Like if he’s not at the movies and he’s not at the mall and he’s not in the woods, then where could he be? You can feel what it would be like if someone else disappeared. Someone like me or Carrig. Someone people love. Jon Bronson was not loved when he was here and so he’s not loved when he is gone. It’s nobody’s fault. It just is.

*A big thank you to Netgalley, Penguin Random House, and Caroline Kepnes for providing an ARC in exchange for my honest review. 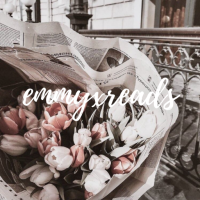