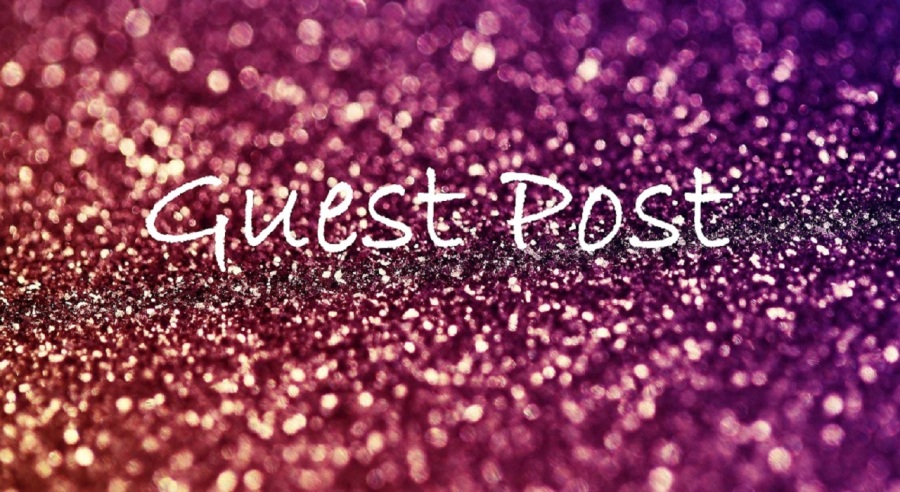 Please welcome back Savannah to Reads & Reels! She has another fantastic piece for us!

I first saw Booksmart about six months ago, in my hometown movie theater, sitting next to my own high school best friend — from the moment the credits rolled, I wanted to see it again. I finally got my wish on a recent plane ride, and the second viewing only confirmed my love for everything that cracked me up the first time around: Molly’s type-A “butter-personality.” Amy’s stuffed panda of shame. The ubiquitous, bonkers Gigi. The long-suffering principal/Lyft driver. The Barbie doll drug trip, the Fast and Furious finale, the list goes on and on.

But for every scene that made me laugh, there was another that genuinely moved me — and many that did both. For example, there’s no better balance of pathos and comedy than the very last scene: Molly tearing up as she drops Amy at the airport, only for Amy to jump manically back in front of the car, screaming, “Wanna get pancakes?” Maybe it’s because I had a similar back-to-school breakfast tradition with my best friend every summer, but that one really got me.

Ultimately, this was what “got” me about Booksmart: the deeply authentic depiction of female friendship. I know I’m not the only girl to feel this way, so I can’t be the only one who wishes there were more of it. That’s why I’ve put together this list of five razor-sharp books about female friendship for those of us who want to read about more girls like Molly and Amy, not least because we see ourselves in them.

The Bermudez Triangle by Maureen Johnson

Let’s begin with this YA classic from Maureen Johnson, the queen of funny, relatable, and utterly unique young adult fiction. In The Bermudez Triangle, we’re introduced to a trio of high school girls the summer before their senior year: Nina is off to an esteemed college prep program at Stanford, while Melanie and Avery remain in their sleepy hometown of Saratoga. Though they all promise nothing will change over the summer, that pledge is broken when Mel and Avery share an unexpected kiss… and then begin secretly dating. Meanwhile Nina, across the country, deals with new relationship quandaries of her own.

These best friends have always been on the same page, so what will happen when they reunite to find their friendship irreversibly altered? Johnson answers that question with wit, warmth, and a touch of zaniness, culminating in a scene involving a race against the clock and Billy Joel’s “Piano Man.” This 2004 book is also notable for featuring LGBT main characters before it was “cool” — to put it in memetic terms, The Bermudez Triangle walked so Love, Simon could run. Needless to say, those who relate to Amy’s romantic plight in Booksmart will enjoy the messily realistic way Mel and Avery’s relationship unfolds.

The Sisterhood of the Traveling Pants by Ann Brashares 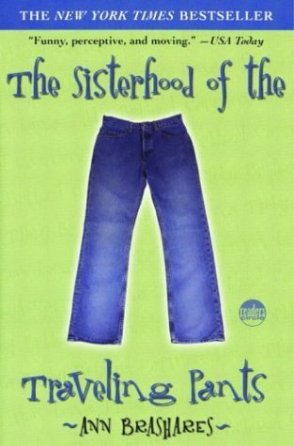 Speaking of summertime separations, the first book in the Traveling Pants series is predicated on just that. Well, a summertime separation, and a pair of blue jeans that miraculously fits all four girls in a diversely sized friend group. When Carmen, Lena, Bridget, and Tibby discover the “magic of the Pants,” they believe it must be destiny: some sort of spiritual superglue to hold them together, despite their pending geographic distance. But as they embark on adventures in different corners of the world, their correspondence makes it increasingly clear that true sisterhood has nothing to do with blue jeans, and everything to do with loving and supporting each other — even through the most difficult times.

Those who haven’t read the series may have dismissed it as “chick lit” (the sexist connotations of which are a whole other discussion). However, much as I love chick lit, allow me to clarify that The Sisterhood of the Traveling Pants is not light and breezy. It deals with serious issues: a divorced parent remarrying and starting a new family, a passionate love affair that arrives at the wrong time, even a young acquaintance with terminal cancer. In other words, this is a complex and touching bildungsroman that shows how friendship is an essential tool for survival, and it’s an absolute must-read for women of all ages.

Or if you’re a non-teenager looking for books about female friends in later stages of life, Emily Gould (former editor-in-chief of Gawker) has you covered. The pithily titled Friendship explores the slightly dysfunctional relationship between New York thirty-somethings Bev and Amy, who met at a publishing job when they were 23. Of course, they’re not quite so idealistic as they were back then: Bev is aimlessly temping after dropping out of her MFA program, and Amy has fallen from Internet grace and now works for a lackluster lifestyle blog. But when Bev gets pregnant after a one-night stand, both women are forced to reevaluate their priorities and redefine what they truly mean to one another.

As one might expect from a Gawker alumna, Gould’s book is a little pricklier than others on this list. Bev and Amy are not only not-nice, they can be uncomfortably selfish. They also radiate privilege that can be difficult to abide; between their kale smoothies and media résumés, these women are disillusioned in a very particular, upper-middle-class way. But the emotional honesty of their friendship — particularly in the acerbic dialogue, for which Gould has a real gift — more than compensates for the bits that make you roll your eyes.

I Hate Everyone But You by Gaby Dunn and Allison Raskin 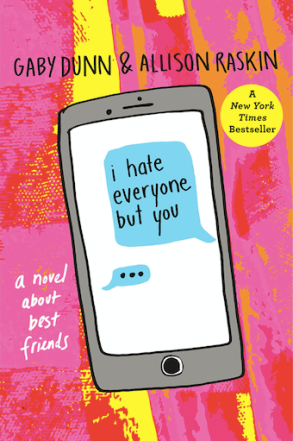 Now back to the coming-of-age stuff, because I can’t allow myself to stray too far from my original premise. I Hate Everyone But You is Dunn’s and Raskin’s love letter to, well, each other… but also to technology, college, first love, and self-discovery. It begins, as these things are apparently wont to, with our heroines Gen and Ava on the brink of separation — and not just for a summer, but for their first year of college on opposite coasts. They vow to stay in constant contact, resulting in this epistolary novel told entirely through Gen and Ava’s emails and texts. (Fans of Lauren Myracle’s TTYL books, another excellent series about female friendship, will immediately get on board with this one.)

As the girls’ college selves begin to take shape, they diverge more and more from who they were in high school — an evolution that isn’t always parallel. But despite butting heads on everything from roommates to relationships to recreational drugs, Gen and Ava’s connection runs deep, and it shows in how they talk to each other (not to mention how often). I Hate Everyone But You is ultimately a sweet, funny, refreshingly modern take on female friendship, and the book on this list that’s perhaps best suited to the Gen Z target audience of Booksmart.

The Animators by Kayla Rae Whitaker 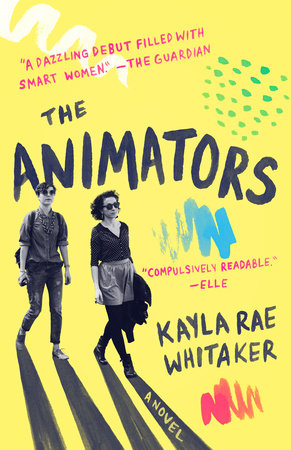 Finally, we have another book for the ever-so-slightly older set, though these thirty-something characters come from humbler backgrounds and are more contentedly intertwined than the women of Friendship… or are they? Mel Vaught and Sharon Kisses have worked together for over a decade, bonded by tenacity in the male-dominated field of animation. The plot incites with the release of their magnum opus, a meticulously animated feature, to overwhelming independent acclaim.

But just when all should be going swimmingly for our indie darlings, their friendship begins to falter. The eccentric Mel grows increasingly unpredictable, while Sharon wonders how essential she really is to their partnership. A return to Sharon’s hometown brings shocking events that throw both of them into further turmoil, forcing them to decide what’s most important to them: the integrity of their art, or each other? Whitaker does a marvelous job of depicting this struggle, complete with vivid descriptions of their “process” to help the reader understand what’s at stake.

Yes, it’s another complicated story with nuanced characters, and it may not be the easiest, beachiest read. But if you ask me, in an ideal world, this is how all books about female friendship should be. The books on this list don’t sacrifice believability for comedy, or manifest conflict in the form of catfights; they represent real women and the profound emotional gamut they run in the course of a long-term friendship. They make the literary canon better, shoving down the likes of Hemingway and Kerouac to make room for a brighter, more feminine future.

So if you aren’t familiar with any of the titles I’ve laid out here, get thee to your local library or bookstore ASAP. Read them, relish them, give them as gifts. From the quirky YA novels to the earnest semi-autobiographies, they’re are sure to keep you and your girlfriends entertained — hopefully until the blessed day that Booksmart shows up on Netflix at last. 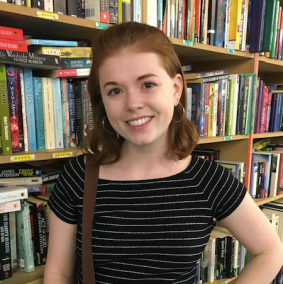 Savannah is a writer with Reedsy, a marketplace that connects authors and publishers with the world’s best editors, designers, and marketers. In her spare time, Savannah enjoys reading contemporary fiction and writing short stories.