I’m so happy to welcome Savannah back to Reads & Reels! I absolutely LOVE what she came up with for us, especially since I am still missing the show!

5 Amazing Fantasy Reads If You Loved Shadow and Bone

Lately, I’ve mostly been reading literary fiction with a big side of social commentary — and while I love that, sometimes it can get a little bit too real, you know? So when Shadow and Bone dropped on Netflix, it was exactly the escapism I needed. I’ve always turned to fantasy when I want to get completely immersed in a story and forget about the world for a while.

Building on the enormous success of Leigh Bardugo’s Grishaverse, Shadow and Bone is dark, mysterious, and oh-so-binge-worthy. The only problem is that, when you’ve already read all of the books and there’s a long wait ahead for the second season, 8 episodes is not nearly enough. So if you’re like me and looking for some new content to tide you over, here are some of my favorite bingeable fantasy reads that I hope you’ll love as much as I did!

Personally, my favorite aspect of Shadow and Bone is that Alina isn’t instantly perfect from the opening scene, but rather grows and develops over time — just like Katsa, the main character of the 2008 high fantasy novel Graceling.

Katsa is “graced” with the skill of killing, and must reluctantly carry out dark deeds for her uncle, the king. That is, until she meets Prince Po of Lienid, who makes her question the true extent of her power. As she begins to discover the secret behind her Grace, she also discovers a secret that holds the potential to destroy the Seven Kingdoms.

While fantasy is a form of creative writing that ages relatively well, much of the earlier female-led YA fantasy novels feature what is now considered tired tropes and questionable politics. So I feel like it’s a testament to Graceling’s originality and quality that it manages to feel so current a decade after its release.

It does this through a fierce but complex female lead character, as well as a romance plot which is based on independent strength and mutual respect. You might come for the enemies-to-lovers chemistry, but you’ll stay for Cashore’s remarkable ability to capture a young woman’s quest for self-knowledge and independence.

An Ember in the Ashes by Sabaa Tahir 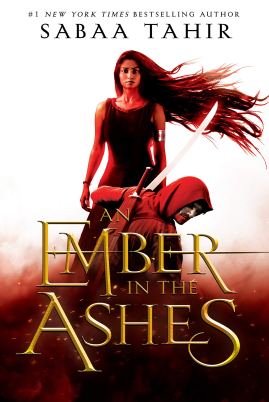 While Shadows and Bone is inspired by 19th century Tsarist Russia, An Ember in the Ashes is inspired by ancient Rome. Two pretty distinct regions and cultures, of course, but I love books that take inspiration from actual historical periods — they provide a useful frame for worldbuilding but are flexible enough to allow for both author creativity and reader imagination.

In An Ember in the Ashes, Sabaa Tahir has pulled off this balancing act beautifully. In this absorbing novel, the brutal Martial Empire is ruled by a cruel Emperor. Nothing but absolute obedience is accepted. So when Laia’s brother is arrested for treason, her make-no-waves existence as a slave is turned upside down.

Desperate, she enters the Empire’s top military academy as a spy for rebels who promise to save her brother. There she meets Elias — a soldier torn between his sense of duty and his desire to put an end to the Emperor’s tyranny. Joining forces, they hope to break the chains that bind them.

A word of warning: this one isn’t for the faint of heart! As the Martial Empire burns, so do you as a reader. Told from both the perspective of Laia and Elias, the relationships are complex, and Tahir’s pen is merciless. This is one of those books where you have to remind yourself that it’s indeed fiction, even though it all feels so real.

Trail of Lightning by Rebecca Roanhorse

I’m not usually one for paranormal or post-apocalyptic fantasy, but Trail of Lightning serves up truly impeccable monster-slaying. It may not be the Shadow Fold, but it’s equally terrifying.

Set in Dinétah (a community on former Navajo reservation land), a climate apocalypse has drowned most of the world, leaving the Gods and heroes of legend to walk free — along with the monsters. Maggie Hoskie happens to be a monster-killer supreme in Dinétah, so when a small town asks her to help find a missing girl, she doesn’t hesitate.

Unfortunately, this particular monster is nothing like those she’s come across before. With her options beginning to run out, Maggie must reluctantly turn to Kai Arviso, an unconventional medicine man, for help.

It can sometimes feel like fantasy plots drift into formulaic territory easily, but I found this one especially refreshing, combining Native legends with trickster mythology and witchcraft to build a genuinely unique world. Maggie is not your typical heroine: she’s a prickly character filled with anger. But thanks to Roanhorse’s exceptional characterisation, she grows on you so completely throughout the story that by the end you won’t want to say goodbye to her.

A Song of Wraiths and Ruin by Roseanne A. Brown 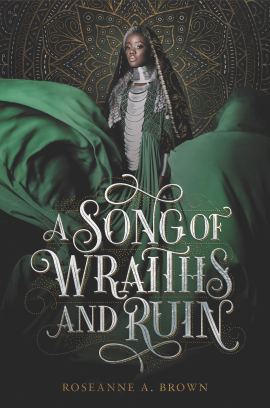 I love a good slow-burn, especially when the characters don’t even know they’re meant for each other. Silly them, amiright? In A Song of Wraiths and Ruin, Malik and Karina are both looking to enter into a marriage for which they have their own reasons — none of which are love.

Malik is an emigrant trying to start a new life with his sisters in the prosperous desert city of Ziran. But when they arrive, his younger sister Nadia is kidnapped and, in order to free her, he strikes a deal to kill the Crown Princess of Ziran.

Little does he know that the Crown Princess, Karina, is deeply beset by grief and in need of a king’s heart to resurrect her recently assassinated mother. In order to produce a king and secure a heart, she vows to marry the victor of the approaching Solstasia competition. And who has rigged his way into the competition but Malik — whose heart is now at serious risk, both literally and figuratively.

Inspired by West African folklore, this story of intrigue and betrayal is told convincingly from alternating first person POVs. The plot devices will be familiar to most fantasy fans, but it never feels tired or contrived. Brown particularly excels in her depiction of Karina’s grief and anxiety, as well as in her nuanced depiction of masculinity. More of this please!

Is there any substantial connection between Shadow and Bone and Red Sister? No, not really. Did I just want a reason to recommend Red Sister? Yeah, pretty much. But, in my defense, there’s a big emphasis on the school environment in this one too… and who doesn’t love the irony of killer nuns?

At the Convent of Sweet Mercy, young girls are educated to become Red Sisters: masters of the blade and fist. A few show signs of special talents, gifted with the Old Bloods. The mistresses believe themselves to be in complete control of both sword and shadows, but the arrival of eight-year-old Nona Grey will prove to be more than they bargained for.

Saved from the noose after accusations of murder, Nona will have to master the arts of assassination to survive as powerful enemies come knocking, threatening to reveal a truth about her that is far more sinister than murder. With its dark academia-vibe, you could say Red Sister is akin to Harry Potter… only much more violent. You have been warned.

This reading list of complementary (and simply great) reads should have you just about covered until season two of Shadow and Bone drops. And you’ll be comforted to know that all books on this list are part of at least a duology (indeed, a 5-book fantasy recommendation list is never just 5 books long). Happy reading!

Savannah is a writer with Reedsy, a marketplace that connects authors and publishers with the world’s best editors, designers, and marketers. In her spare time, Savannah enjoys reading contemporary fiction (especially novellas as of late) and writing short stories.