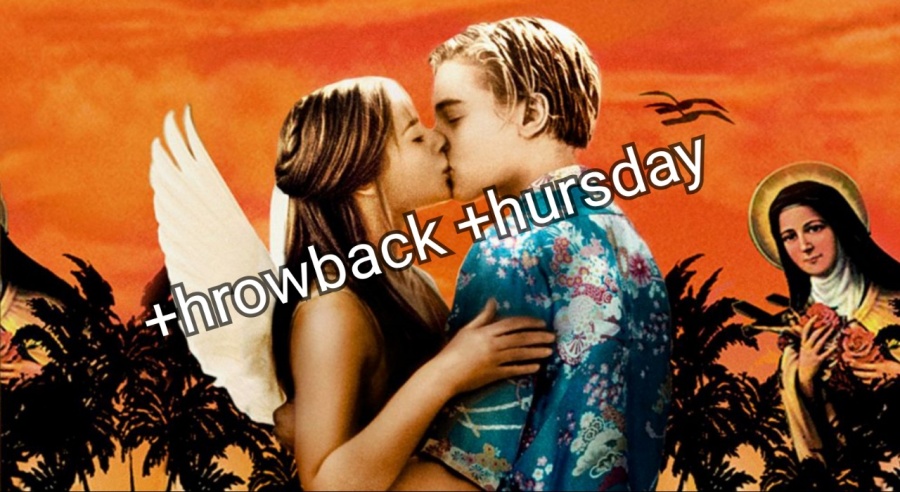 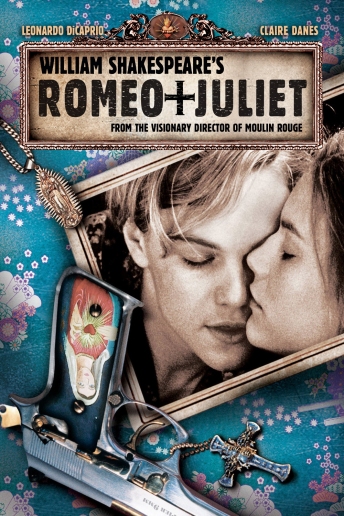 I’m pretty sure every woman my age remembers this movie fondly for the romance, epic soundtrack, and an adorable, brooding Leonardo Di Caprio. Who for some reason was always wet in most scenes. Yes before there was Titanic, Leo was in a quite a few noteworthy films including this one. This Boy’s Life and The Basketball Diaries were both incredible movies where he blew me away with powerful performances in difficult roles. Romeo + Juliet was no exception.

The classic story of Romeo and Juliet, set in a modern-day city of Verona Beach.

Baz Luhrmann is known for unique productions and this film was a risky but refreshing re-imagining of one of the most famous plays in history. Everything about it was edgy and modern. Back then I did not appreciate the detail and creativity as I was too busy drooling over Leo and being annoyed by Claire Danes (Still don’t like her). Watching it as an adult was a different experience entirely and I now appreciate it for so many other reasons.

One, the cast was huge! Did you know Paul Rudd played Paris? And Harold Perrineau as Mercutio was frikin AMAZING! Honestly, the cast was brilliant but I was too busy imagining myself in angel wings to appreciate the talent.

Another thing that made this film stand out for me was its soundtrack. If you know me by now, a killer soundtrack almost always plays a part in my reviews and this one was awesome!

Those first few notes of the main track by Radiohead gave me chills. I had forgotten how much I liked Radiohead (How could I???) and hearing this song recently brought so much of my youth rushing back.

Then there are of course other fab tracks like “When Dove’s Cry” and “Love Fool” by the Cardigans. It never ceases to amaze me how powerful music is.

Anyway, this wasn’t a perfect movie by any stretch but it was very clever, evocative and think I actually enjoyed it more as an adult than a teenaged girl. I certainly appreciate it more. *Sigh, I miss the 90s lol.

Romeo and Juliet remains my favourite of all of Shakespeare’s plays and it sure would have been nice to watch this version in grade 9 english instead of the hokey, ancient version we watched.

Tell me, what are your thoughts on it? Does it make you nostalgic too?