A Head Full of Ghosts

A chilling thriller that brilliantly blends psychological suspense and supernatural horror, reminiscent of Stephen King’s The Shining, Shirley Jackson’s The Haunting of Hill House, and William Peter Blatty’s The Exorcist.

The lives of the Barretts, a normal suburban New England family, are torn apart when fourteen-year-old Marjorie begins to display signs of acute schizophrenia.

To her parents’ despair, the doctors are unable to stop Marjorie’s descent into madness. As their stable home devolves into a house of horrors, they reluctantly turn to a local Catholic priest for help. Father Wanderly suggests an exorcism; he believes the vulnerable teenager is the victim of demonic possession. He also contacts a production company that is eager to document the Barretts’ plight. With John, Marjorie’s father, out of work for more than a year and the medical bills looming, the family agrees to be filmed, and soon find themselves the unwitting stars of The Possession, a hit reality television show. When events in the Barrett household explode in tragedy, the show and the shocking incidents it captures become the stuff of urban legend.

Fifteen years later, a bestselling writer interviews Marjorie’s younger sister, Merry. As she recalls those long ago events that took place when she was just eight years old, long-buried secrets and painful memories that clash with what was broadcast on television begin to surface—and a mind-bending tale of psychological horror is unleashed, raising vexing questions about memory and reality, science and religion, and the very nature of evil.

I know I’m a bit late to the party with this read, but better late than never, right? This is one of those books where the execution of the story is what makes it shine, and bright it does. The frame of the novel is an adult Merry telling an interviewer about her experiences with her supposedly possessed sister Marjorie many years prior—most of which is captured on film for reality television.

The details are so compelling that I wanted to believe Merry is a reliable narrator. However, as her recounting unfolds, subtle misgivings creep in. For one, how can she recall everything in such vivid detail? (Merry gives us more than the bits on film). And why does it all sound reminiscent of almost every horror book or movie known to man? That’s when Tremblay calls bull**** on the whole damn thing. It turns out a blogger has broken down the show and suggests Marjorie might’ve just Googled inspiration to execute her ‘demon possession’. But we also call into question the blogger’s motivations and what that person might have to gain by painstakingly debunking every last scene, in some cases frame by frame.

Tremblay serves up a feast of bits that are sure to unnerve the steeliest of readers. What Marjorie does and says will surely send all your hairs on end. And you’ll be questioning whether she is faking or is really the host of some evil entity. Complicating it all, doubts are cast on each of the family member’s sense of reality. What do they have to gain or lose based on the truth? And, is this all a great stunt to sensationalize their predicament for the sole purpose of paying the bills with the paycheck from the TV network? Meanwhile, her possession is: So. Damn. Real.

Throughout, I was thoroughly engaged in this novel. The prose and the dialogue are well-paced and full of verisimilitude. And I enjoyed the fact that Tremblay refused to hand us answers to our questions on a platter. Yet, he doesn’t leave us hanging either. (I’m really struggling not to give it all away here). In addition, the end forced me to look at Merry in a whole new light. Was she a victim in her experience, having been a mere child? Or has she re-framed it all to serve her adult self? She might be just punishing herself for the guilt she feels in her role in the family tragedy…

Anyway, I highly recommend this book, especially because it delivers: you may indeed question your understanding of science, religion, and the very nature of evil (as promised by the blurb). 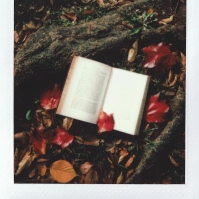 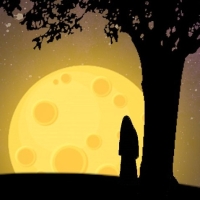