In the 1950s, in the aftermath of World War II, five American families moved to Ecuador, determined to take the Christian gospel to a pre-Neolithic Amazonian tribe they called “the Auca.” The Waorani (proper name) were just as determined to maintain their isolation, and killed the missionary men at their second meeting. Four of the wives remained in Ecuador and one, Elisabeth Elliot, went further into the rainforest with her three-year old daughter to live with the Waorani. Joan Thomas’s fictional treatment of this incident explores themes that are both eternal and immediate: faith and ideology, autonomy and self-protection, cultural understanding and misunderstanding, grief and doubt, and isolation. Five Wives rises out of immaculate research, including a visit to the ruins of the Elliot house in Ecuador, and out of the author’s own experience with the thinking and imperatives of evangelical missions. The novel sinks into the points of view of characters who are bound by past choices, yet make their own personal bargains in the midst of a crisis.

In 1945, Isabela de Cordoba’s great-grandfather, the famous silent movie actor Lorenzo de Cordoba, mysteriously hid a legendary, multimillion-dollar emerald somewhere on the family’s sprawling Eucalyptus Street estate. Seventy years later, the gem remains concealed. Nicknamed the “Green Curse,” the emerald is blamed for the Southern California familia’s numerous, untimely deaths. On her twenty-first birthday, Isabela receives a secret letter with a cryptic poem. These documents from the long-deceased Lorenzo invite her to hunt for the gemstone. But first, she must decipher the poem’s eight stanzas for clues. To assist, Isabela hires her thirteen-year-old neighbors, the four Botanic Hill Detectives—twins Lanny and Lexi Wyatt, and their best friends, Moki Kalani and Rani Kumar. Eerie footsteps inside the mansion, unexplained occurrences in the adjacent cemetery, and the mysterious tenant in the backyard casita challenge them. But they ingeniously make progress on the poem’s meaning with startling discoveries. Sliding wall panels, a secret room, and hidden passages reveal much. The detectives aren’t the only ones looking for the emerald. The perilous race for the de Cordoba treasure is on!

I can't tell you how much I have missed you all! I miss our chats and the community!

Lauren’s happy childhood on a farm in Minnesota is shattered after an assault during her teen years, and she retreats into her own world as America falls apart. Hers was the last generation to grow up before the economic collapse that followed the Corona pandemic. Amidst roiling climate chaos, the government has been taken over by extremists, incompetents, and con-men who tear the country apart while clinging to power. Lauren is swept up in the madness when she falls for the wrong man. She’s looking for love and safety, but Bryan becomes distant and abusive as he obsesses over White Sharia and deepens his ties to the racist patriot militia group. Lauren worries about the safety of her sister and nephew, who is mixed-race. Will Lauren escape from Bryan and keep her nephew safe from danger? In a world where values are tested and morality is unsettlingly murky, Lauren must break free from the constraints in her mind to protect her family.

At a time when New York’s mean streets were their meanest, one NYPD detective at the end of his career takes one last chance to correct a 20-year-old injustice, and another cop at the beginning of his career tries to stop him before a police department already scarred by corruption investigations takes another hit. 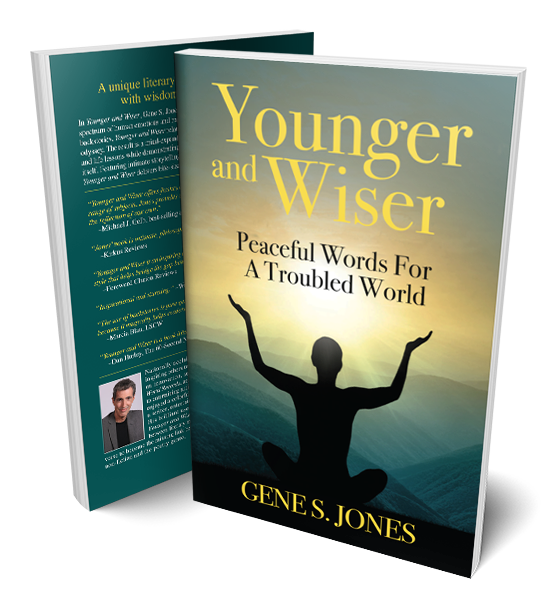 I'm happy to share this unique collection of poetry with you all today. Read on for more info, and a chance to win a $25 Amazon gift card!