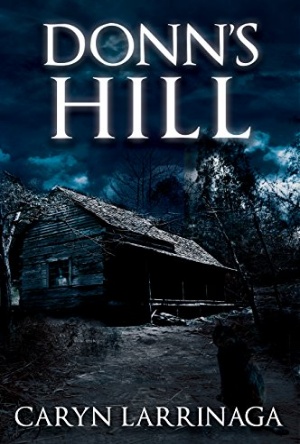 This sounds so good!

After returning home from her father’s funeral to find her boyfriend in bed with another woman, Mackenzie Clair is looking for a fresh start. She thinks she’ll find it in her favorite childhood vacation spot, but returning to Donn’s Hill awakens more than nostalgia. Mac regains a lost psychic ability to talk to the dead, and the poltergeist haunting her apartment is desperate to make her use that gift to find his killer.

Aided by her new roommate—a spirited Tortoiseshell cat named Striker—and the ghost-hunting crew of the nationally televised show Soul Searchers, Mac struggles to learn how to use her powers. But she’d better get a handle on them fast, because someone in town is hiding a deadly secret. If Mac can’t somehow divine the truth, Donn’s Hill will never be the same.

This is the perfect summer read, especially if you can’t commit to a book genre. What I mean is that this story has something for all of your cravings: it’s part supernatural/paranormal, part mystery, and part crime, with a touch of horror. This is also a character driven story about self-discovery, friendship, trusting intuition, and much more. What makes Mackenzie’s journey so enjoyable is her voice. There’s a casual, down-to-earth tone to the narrative that kept me flipping the pages. She’s self-reflective, self-deprecating, perceptive, skeptical, kind, and so many other things that she feels like a well-rounded and real person. In short, I found her to be very believable, partly because she’s not perfect. She sometimes lashes out under duress, for example, but manages to do the right thing when all is said and done.

It’s also interesting to follow Mac while she tries to figure out how and why she’s able to see ghosts. And, these particular spirits aren’t just random sightings—everything in this story is connected in some way to the strange and violent happenings occurring in Donn’s Hill. Seemingly random instances and encounters with other characters are not what they seem, and Mac eventually solves the puzzle. Several clues fall in her lap over the course of the plot, which makes what happens to her often unexpected—such as the surprising conclusion.

I have to say that my absolute favorite aspect of this story is the cat, Striker. The way this animal becomes Mac’s familiar and supports her at every turn is so entertaining and heartwarming, something that surprised me. (Oddly enough, I read this book with my own cats at my sides, which enhanced my reading experience). If you love animals and believe they have uncanny abilities to think and feel, you’ll love this facet as much as I did.

Definitely pick up this book. It’s spooky and touching and will leave you with a satisfying feeling when all the details are neatly tied up in the end. I anticipate Larrinaga’s future works, as they are sure to be just as gratifying. 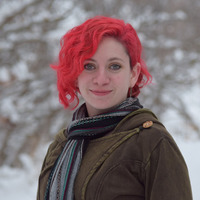 Caryn Larrinaga is a writer living in Utah with her husband and their cats. Despite obtaining a degree in Anthropology (which is much cooler than you might think), she explored several career paths before deciding that she had to follow her passion. Suddenly, writing fiction was the only thing that made sense. When she’s not writing, Caryn likes to spend her time swearing at video games and guzzling chai tea.